Most DAWs now come bundled with a plethora of really useable effects plugins. Apple’s Logic in particular has numerous great options for modulation, spatial effects, distortions and dynamic control and with the latest 10.2.1 plugin re-skin they all look pretty darn sexy. Ableton Live isn’t far behind with less options but some more creative ones, and the option to expand with Max4Live opens a whole world possibilities.

However there’s nothing quite like having a few more to choose from, and whilst there’s a good selection of free options out there and plenty of great bundles at the higher end of the price range, but I’m a total sucker for economy options.

A large swathe of plugin developers from solo DSP enthusiasts to larger companies like Native Instruments are developing pocket-money plugins – thing you can impulse buy and that wont break the bank – and I love them! So, with that said here’s a list of my favourite plugins for under £50 (sorry Yanks, I means $75!). All prices correct at time of publishing!

Valhalla DSP is the brain child of Sean Costello, a plugin designer who’s worked with Analog Devices, SHARC, Blackfin DSPs, Eos and good eggs Audio Damage. They currently offer six plugins (five paid for, one free) all of which are spatial effects, with Shimmer being the pick of the bunch for me.

Shimmer specialises in huge cavernous, enveloping and angelic reverbs that wouldn’t be out of place if you dropped acid in a floatation tank listening to an Erik Satie through PaulStretch. It even has a rudimentary built in pitch shifter, what else could you ask for?

It sounds fantastic on vocals, risers, leads, pads, in-fact at 100% wet values it can turn virtually anything into a washy drone. It can also do a pretty good Alesis Midiverb II, pretty darn useful for shoegaze style guitars, and whatever ambient metal(?) is:

It’s rare I find a plugin that makes such an instant impression on me that I go out and buy it straight away – Fielding DSP’s Reviver was one of them. Perusing various YouTube videos on mixing drums I was introduced to this and coming in at just £20 it was rude not to get it.

Reviver adds harmonics (second and third order harmonics to be precise) as well as having input and output gain and a polarity flip button – it certainly doesn’t do much, but I have to say it sounds great. Simply adding a bit of third harmonic can just lift a sound.

Used on drum mics, a drum bus, bass guitar, vocals and even a master channel strip, it certainly has it uses, cooking the upper mids in a pleasing and subtle manor. Bargain.

Electro House stalwarts Dada Life developed this brutal compressor/limiter/distortion tool back in 2011. Marketed as a mastering tool it actually can offer so much more. Another simple plugin with just three dials (although one of them is a volume control, so two really).

As the loudness war debate continues to dominate mixing and mastering forums, Dada Life have capitalised completely taken the piss with this plugin. Having the distinct lack of dynamics is stylistically correct for certain music genres, and they’ve made the plugin that can get you that sound with ease.

It’s really not for the faint hearted, as settings above about 30% will instantly clip your signal into a sordid square wave. Great on kicks, basses, leads, used in parallel on a send/return or on the master. Tasty!

The SOR8 is based on the legendary Empirical Labs DISTRESSOR, which sits somewhere between a compressor and distortion. Used inline on bass, drums, in parallel or even on the master it’s an aggressive little number but also capable of adding just enough bite to set your sounds apart. 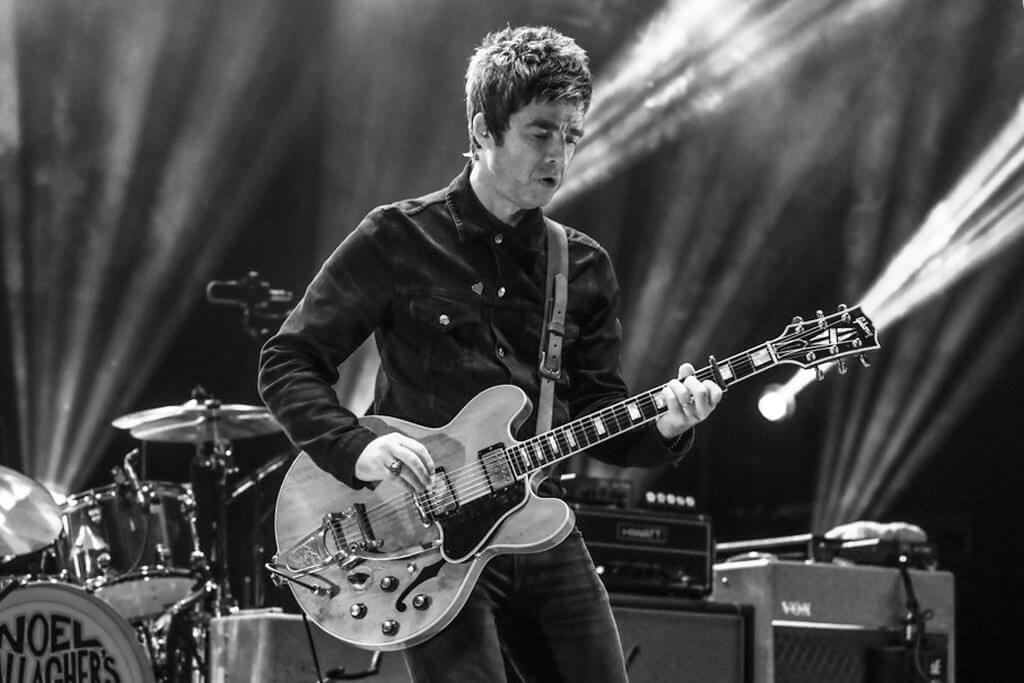 It should be pointed out that this plugin does come in a free cutdown version, but after trying that it didn’t take to long to convince me to cough up the £20 for the full version. Here’s a nifty video showing you some before/after comparisons:

I love a good oscilloscope (phwoar!), but since Bram @ smartelectronix.com have sadly discontinued support for their 32-bit s(M)exoscope I’ve been scratching around for a new one.

While WaveWindow doesn’t quite offer the same zoom features as s(M)exoscope (making it ideal for monitoring breaks and transients) it’s actually much better for sound design and teaching purposes. Oscilloscopes map time across the x-axis and amplitude across the y-axis, ideal for understanding waveforms.

At this price is small change, so no excuses not to get yourself a copy.

Sample Magic are a leading sound design company based in the UK that have put out some of the best sample packs in the last decade or so. They’ve more recently moved in to the plugin market with BLOQ and STACKER (coming soon), but their first venture was Magic A/B.

Designed to sit on your master channel strip, Magic A/B seamlessly allows you to switch between reference material.

Coming in at just shy of £50 Magic A/B makes the list. I’ve found it to be an essential tool for mixing down and mastering. Have a read of what I have to say about it in the context of master channel strips here.

Criminally low price. This is a strange plugin sitting somewhere between a wavefolder and filter. Designed to take simple waveforms and distort and reshape them into something completely new.

It works nicely as an insert placed after a basic subtractive synth, clean guitar or drum track. At lower levels it can pulsate and ripple. When cranked up it can completely re-synthesise your source material. You can even use it on a return track combined with a reverb or delay for bizarre and complex spatial effects.

Definitely worth checking out the rest of what Sinevibes has to offer too, as they’re all cheap as chips.

It was hard to pick just one Native Instrument plugin in this price bracket (Replika, SuperCharger and Rampfire all fall into this category too) but Driver just crosses the line for me.

Part distortion, part filter, bundled with an envelope follower, amplitude modulation options and a tasty self-oscillating resonant low pass and notch filter it’s a staple for anything from subtle overdrive, to obliterating sounds beyond recognition.

Now you too can feel like some sort of audio bourgeoisie with your very own Slate Digital plugins! Slate Digital as a company is up there with Waves and UAD in terms of posh plugins modelled on classic vintage hardware.

I can’t get enough of bit crushers and digital hardware modellers. There’s a tonne of free options from TAL, mda and SoundHack but d16’s Decimort 2 has a certain je ne sais quoi. Described as a high quality bit crusher (a tag-line that made me chuckle to myself slightly),Decimort offers you the typical sample rate and bit depth reduction as well as more exotic features like DC offset, jitter, a frequency shifter and dithering.

As if that wasn’t enough bang for your buck it also comes with a multi-mode filter and preamp. d16 offer a deluge of cheap plugins, with hat tips going to their multi-band distortion, reverb, phaser and tube distortion in particular.

LFO Tool is a clever little tool, allowing up to tempo synced or free running LFOs controlling a variety of parameters such as a multimode resonant filter, amplitude and pan.

This can be fantastic on audio when traditional LFO tools aren’t available, or when you’ve run out of modulation sources in your synth or sampler. It can even work great on a return track before a reverb or delay, adding a real dynamic and kinetic dimension to your spatial effects. Hear it for youself:

The nice nice people at Klanghelm have come out with several budget and free plugins over the years, so it was hard to pick just one. We featured the IVGI in our free list earlier last year and they do offer some other tasty choices for under the £50 range but the DC8C 2 was the pick for us.

Billed as an advanced compressor it doesn’t really feature anything I wouldn’t except to see on other compressors (other than perhaps the feedback section), they say it offers everything from:

So it’s quite a flexible tool and for just £15 it’s hard to argue with that value.

There are some great plugins out there that for one reason or another couldn’t quite make the list.

Coming in at just over our budget, the Little PrimalTap sadly misses out on this list, but is too good to not mention. Based on the lo-fi digital delays of the early 1980’s (particularly the Lexicon Prime Time) it’s right up my street.

On vocals, leads, pads and guitars it can add some grit and ambience that many modern digital delays lack. I am a huge fan of SoundToys stuff, so definitely check out what else they have to offer.

Probably one of my favourite filters. Perhaps lacking some of the modulation features (no LFO or envelope) that some of its peers might offer but it more than makes up for it with the filter and distortion algorithms on offer.

Sadly Tone2 have decided not to support 64-bit Audio Unit, making this obsolete to anyone who purchased it (unless you have a plugin wrapper like 32 Lives). However the company do offer a 64-bit VST version for any Ableton or Cubase users our there.

A fantastic channel strip from DSP gods Eventide. This was doing the rounds a while back as a free plugin for iLok users but sadly that offer has expired (luckily I got in there and copped myself one).

Packing two compressors (including a cutdown version of their Omnipressor™), a versatile EQ, stereo delay and their famed micro shifter. It’s well worth the outlay, even at the increased price bracket. Regrettably this requires an iLok account. Sad face.

This apparently works much in the same way convolution reverb does – using impulse responses to model various amps or distortion circuits. You can even load your own too. Enough said.

That’s All Folks!
Have I missed anything obvious? Let me know.