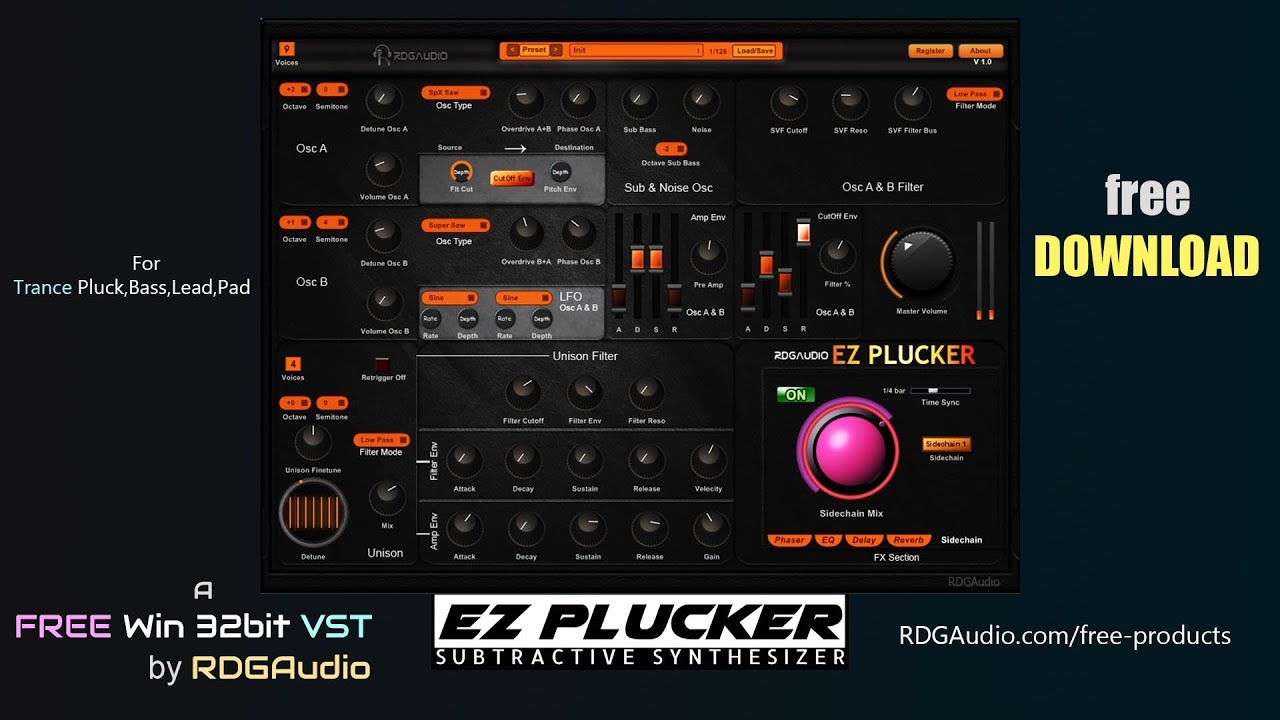 is a software VST synthesizer designed by Ichiro Toda (Daichi Laboratory). It was originally projected as an emulation of the Nord Lead 2 synthesizer, since then has become a unique Virtual Studio Technology instrument and one of the best sounding and most downloaded VSTi plugins of all time.
The strengths of this 32/64 bits plugin instrument includes a low CPU usage allowing various instances of the VST to run simultaneously, also a multitude of user generated presets/patches soundbanks are available to download and install, see some links below. 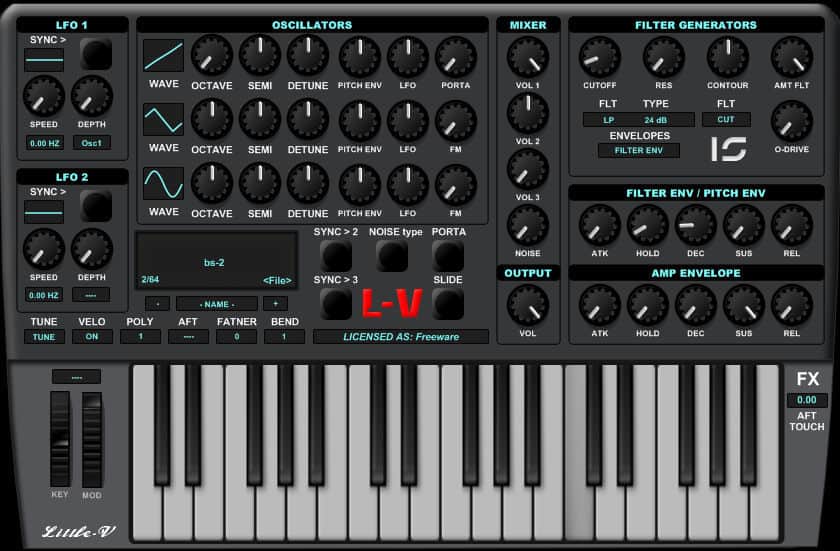 SuperSonico is a virtual analog synthesizer. It has a single oscillator with a generator of harmonics that can be detuned from each other. These can be adjusted to different scale/chords intervals to make fat sounds and one-finger chords. The Sub-Oscillator includes an option that generates a single low octave that is repeated along the keyboard.

When doing a click on some controls or zones, it will appear a contextual help.